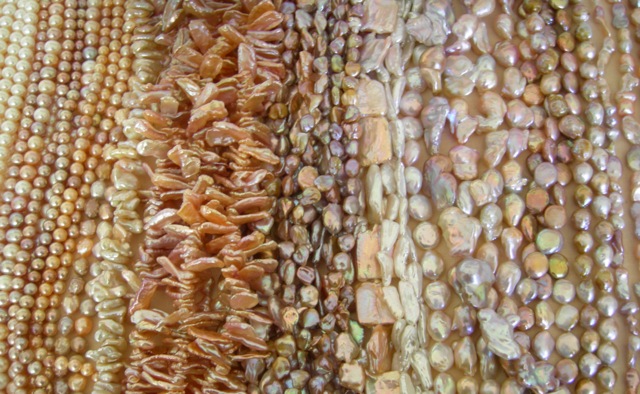 Pearls are quite possibly the oldest form of widely used, naturally occurring beauty product for use in cosmetics and jewellery available – they have been around since, well, not TOO far after the beginning of time (okay, human time – if we’re speaking dinosaurs and the lot they’ve only been around for a few seconds!) and it’s brilliant that they have stood the test of time so well that their beauty is still revered by connoisseurs of all things luxury all over the world on a daily basis.

You may well recognise pearls from your favourite on screen goddesses such as Audrey Hepburn and Marilyn Monroe wearing their beautiful pearls as a statement of femininity and wealth, not to mention that pearls also seem to be a favourite amongst Disney princesses to such as Belle and Ariel. We are introduced to pearls constantly from a young age through movie stars and Disney characters, but how many of you know where they really come from?

So we know what they are, their timeless beauty is renowned in every corner of the globe and the pearl necklace has become a staple feature of any would-be elegant woman’s wardrobe, but where exactly did they come from? Or rather, when did we first find them and decide to use their stunning natural beauty to enhance our appearance?

Well, there are a few theories and not one single one of them can be accurately pin pointed as being the true origin of our love story with pearls, but the earliest known traces of pearl awareness date back to pre 15th century, when it was believed by some that pearls rose to the surface of the water first thing in the morning to take in falling dew drops, it was theorised that these dew drops then later became pearls…

Building upon that idealistic but still quite wonderful theory was the idea that (or at least, this was the idea between the 15th to 17th centuries) pearls were actually the EGGS of oysters! Modern scientific advancements in the 18th and 19th centuries would eventually render this idea obsolete when it was discovered that pearls formed due to the introduction of a hard substance or parasite into the oyster that eventually turned into the beautiful pearl shape we know and love now.

If you look at early history, you’ll see that most civilised cultures mention the use of pearl for decorative purposes in some manner or another, so it’s very likely that they were in fact discovered far, far earlier than the above mentioned theory, and absolutely positively earlier than some of the earliest British recordings dating back to the 15th century. It’s almost certain that we will have discovered pearls accidentally whilst fishing for food, and there was of course no greater fishing nation in the ancient world than that of the Egyptians foraging for food on the banks of the Nile River. As it happens, the use of pearls for decorative purposes in Egypt date back as far as 4000 BC (some ancient Egyptians were actually buried with them) even though their wide spread use didn’t take place.

Back in the 1800’s many freshwater pearls were discovered in US Rivers. The most well known one was found in Patterson N.J. in 1857. The famous finder was called Jacob Quackenback, a mere carpenter who then sold it onto a jeweller named Charles L. Tiffany for the rather grand sum of $1,500. The pearl was later sold to the Empress Eugenia of France for the sum of $2,500.

Moving forward to 1916, a famed French jeweler called Jacques Cartier purchases his landmark store in New York’s famous Fifth Avenue by trading two pearl necklaces for the stunningly priceless property – can you imagine if you could do that today?

Today, with the happening to the pearl craze, pearls are available to all at a reasonable price. Refined pearls have the same properties as basic pearls and are created by live shellfish. The fundamental qualification is a minor bit of backing by man. Since old times, the pearl has been an image of unblemished flawlessness. It is the most seasoned known jewel, and for quite a long time it was viewed as the most profitable. To ancients pearls were an image of the moon and had mysterious forces. No other stone, gem, or metal has dazzled individuals more through the ages than the Pearl. A genuine endowment of nature, every Pearl is normally lovely and exquisite without being cut, formed or refined. The Latin word for pearl actually signifies “one of a kind”, bearing witness to the way that no two pearls are indistinguishable.