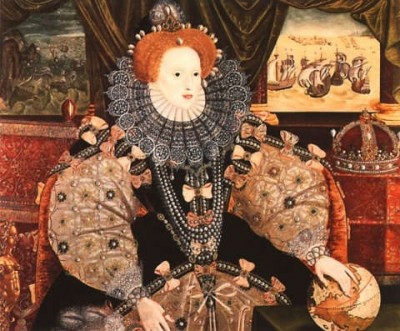 Pearls have been highly sought after since they were first discovered. They are also amongst the world’s oldest gems. Even though some would argue that all pearls are beautiful and special in their own way, there have been a select few that stand out even today. Some of these famous pearls are more than thousands of years old. Even better is that you can still see a great number of these for yourself.

It is unlikely that the Scottish rivers will ever produce anything as perfect as this 44-grain, natural freshwater pearl. Bill Abernathy – a professional pearl diver – found this pearl in 1967 in the River Tay. While most people equate pearls with the Orient and the Caribbean, Scottish rivers have been home to some of the most wonderful pearls in existence. The pearl was sold for an undisclosed sum in 1992 after having been on display in a jewelry store for almost thirty years.

In 1991, the value of this pearl was placed at $4.7 million US. You will still find this pearl in the Guinness book of World Records as the largest naturally produced abalone pearl in history. This pearl weighs a full 470 carats. This pearl was found by Wesley Rankin in Salt Point State Park in Petaluma, California one year earlier.

Few people would argue that this is the most well-known and largest natural saltwater pearl that has ever been discovered. An astonishing gem that does not have an equal. It weighs almost 4 ounces and stands at an amazing 450 carats. This drop-shaped blister pearl has a base white color. Colors on the pearl range from natural white to greenish-gold. Those who want to see the pearl today can see it in the British Museum of Natural History.

For pearl historians, it does not get much better than this pearl. This is the oldest known pearl in the world. The name of the pearl refers to the Jomon era – a period in Japanese history from 10,000 to 300BC. Estimates suggest that the pearl is at least 5,500 years old. The reason that the pearl bears the name that it does is because many of the artifacts surrounding the site of this pearl were thought to be from that period.

This pearl was also known as the ‘Phillip II pearl’. The Spanish translation for Peregrina is Pilgrim. This was undoubtedly the most famous and celebrated pearl of its time. The reason that it became famous is not just because of its beautiful bright white coloration and perfect pear shape, but it also measures an impressive 203.8 grains. The pearl was originally found off the coast of Panama in the 16th century. After the pearl was delivered to King Phillip II of Spain, he immediately presented it to Queen Mary of Spain – his new bride.

During the early 17th century, no found pearl could compare to this beauty found off the coast of the West Indies. The pearl had a pear shape and weighed in at a hefty 126 carats. The name supposedly came from the merchant who sold the pearl to King Philip IV. It is said that the merchant wore the pearl as a button in his cap before selling it.

This pearl is not only remembered for its beauty, but also because of the way it was ultimately destroyed. Thomas Gresham was a merchant prince during the reign of Queen Elizabeth. Rumor had it that he owned a natural pearl of great value. In order to astonish the Spanish ambassador and provide a high-quality toast to his queen, legend has it that Gresham crushed the pearl, mixed it with a glass of wine, and drank it. The reason behind that rather stranger behavior? A bet with the Spaniards that Gresham would be able to spend more money on his feast.