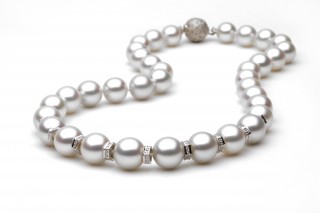 You may have read about pearl treatments before, you may have heard some of the negative connotations that people have when talking about these type of treatments. The truth is that all pearls are treated, you would not want a pearl that comes straight from the shell. Those pearls would not look the way that we have become accustomed to. In order to clear up some confusion, we are going to detail some of the pearl treatments, explain why these standard treatments are used, and tell you what you should be aware of.

Treatments after harvesting the pearl

Again, once someone harvests these pearls, there is always some form of processing that occurs. Freshwater and Akoya pearls routinely receive some bleaching. All of the pearls that you see are polished and cleaned before they are put on sale. However, some treatments for cultured pearls are going to influence the aesthetic qualities of the pearl itself.

The high-quality cultured pearls are almost ready to go after they are polished and cleaned. However, a low-quality cultured pearl may still not have the desired luster. This means that the pearl farmer has a number of different options. They are able to sell the pearl at a heavy discount (meaning they make less money), peel the nacre off the pearl, and then try to sell it, or change the appearance of the pearl by applying a treatment. If the pearl does not have many other flaws, the treatment option is the most economically sensible and will be the common approach for a pearl farmer.

Most low-quality pearls undergo three main treatments. These include:

The use of irradiation

The freshwater pearl nacre is affected by gamma rays. This could lead to the nacre becoming very dark. . If you have a freshwater pearl that has been irradiated, it may have an iridescent orient and intense metallic sheen over its surface.

The use of silver nitrate

In order to darken the appearance of pearls, pearl farmers have used silver nitrate for decades. This chemical is going to enter into the nacre layers. Once there, this substance is going to have a chemical reaction with hydrogen sulfide gas and light in order to produce a richer, black color. If the pearl farmer wants colors other than black, it is possible to use organic or inorganic dyes to produce some different variations. Especially in freshwater pearls, this is a very popular treatment. Because low-quality pearls are not worth as much, it gives these pearl farmers a chance to experiment with the results and come up with some interesting color combinations. In order to enhance a more desirable rose overtone, farmers will also routinely ‘pink’ Akoya pearls.

How can you detect pearl treatment?

Remember that almost all the pearls that you are going to find on the market today have received some form of treatment. One way to detect irradiated or dyed pearls is by checking the matching of the strand. Natural pearls are going to vary slightly in color from pearl to pearl. If you notice that you have a strand of pearls that is perfectly consistent in color, it may suggest that these pearls received some form of treatment.

How can you detect luster pearl treatments?

Unfortunately, these are far more difficult to spot. For most people the only way to check is by magnifying the suspected strand at least 50 times. A coated pearl will have a smooth, glass-like surface, which is quite different from the scaly nacre surface of an untreated pearl.